“The cluster has performed beyond my expectations. I would say that it is one of the fastest computer clusters that anyone that I work with has.”

A California State University, Fullerton (CSUF) HPC cluster, built by Nor-Tech, was at the center of an announcement that the first gravitational waves have been observed—validating a key aspect of Einstein’s Theory of Relativity. The cluster, nicknamed ORCA (Orange County Relativity Cluster for Astronomy) serves many functions, including running simulation software that helped to verify that the observed gravitational wave agreed with relativity’s prediction for 2 merging black holes.

Dr. Geoffrey Lovelace, Assistant Professor of Physics at CSUF, was the first at CSUF to contact Nor-Tech about building a cluster. He explained, “I was interviewing for the job here and was talking to the department chair. They asked whether I needed a computer cluster, even though I didn’t mention it in my research proposal. Duncan Brown, one of my colleagues at Syracuse University said to get in touch with Nor-Tech. He said that they had done a great job on their cluster.”

Geoffrey continued, “I had never heard of Nor-Tech before, but I had heard of the larger companies. Duncan said they were very good to work with and that they would help them get everything up and running and that they had very good support. That made a huge difference to me—knowing I would have that support. It gave me the assurance that if I have a problem I won’t be holding on the phone for a long time—which would be typical for a bigger company.” 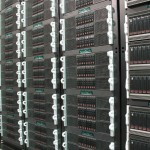 Geoffrey and his colleague Jocelyn Read, also an Assistant Professor of Physics at CSUF,
purchased the original ORCA cluster from Nor-Tech in Oct. 2012. Nor-Tech Account Manager Tom Morton said, “They came to us with a budget and we had to work within that. Although we knew a little bit about the project, we didn’t know its potential to forever change the way we think about the universe. This isn’t the first time we have built clusters for organizations that have proprietary information, so we understood the limits of what CSUF could disclose to us.”

Geoffrey and his students are members of the Simulating eXtreme Spacetimes (SXS) collaboration (blackholes.org0, who specialize in developing and using the Spectral Einstein Code Software to simulate merging black holes and the gravitational waves they emit. Geoffrey and his students started populating ORCA with simulations that would model the data they were getting from the LIGO detectors. In essence, ORCA was telling LIGO what to listen for.

Once the first wave was heard, scientists used ORCA to verify that the wave they witnessed agreed with Einstein’s prediction. The gravitational waves ended up matching extremely well. “When I knew that what we were predicting was coming true it was exhilarating,” Geoffrey said. “But I didn’t really celebrate until recently when LIGO was able to observe the first gravitational wave. Getting the computation right was only the first step, but it was an important step.”

“The cluster has performed beyond my expectations,” Geoffrey said. “I would say that it is one of the fastest computer clusters that anyone I work with has. Our cluster is small compared to some of the other clusters, but ORCA can compete with some of the bigger clusters for most things. Also the computer’s performance is really good. It punches above its weight.”

Scientists at CSUF were so happy with ORCA that, with support from the National Science Foundation and the Research Corporation for Science Advancement, they asked Nor-Tech to more than double ORCA’s size. In addition to ORCA and one larger cluster in the Center for Computational and Applied Mathematics at CSUF (a referral from Geoffrey), Nor-Tech has built 4 more clusters for the LIGO project at other universities (3 at UW Milwaukee and one at Syracuse University). “We have been out to CSUF on a number of occasions just to be sure that everything is working correctly,” Tom said. “Between University of Wisconsin, Milwaukee; Syracuse University; and CSUF there is always something LIGO-related that we are working on.”

Nor-Tech continues to build powerful, leading-edge HPC clusters for premier research institutions and corporations around the world. They take the intimidation factor out of high performance computing by delivering a turnkey solution and promising no wait-time service—two reasons that the CSUF LIGO team chose Nor-Tech and continues to value their collaboration.

LIGO researchers are not resting on their laurels as they continue looking for gravitational waves. “It’s what I’m most excited about,” Geoffrey said. “Maybe we will see things that we never expected to see. It’s opened up a new world; a whole new spectrum of observations that are possible. I’m hoping that this is just the beginning.”

He added, “I have recommended Nor-Tech to my collaborators because of the very good interaction and the support that I’ve had. When we made the public announcement that we had detected the first gravitational wave, Nor-Tech was as excited as we were. It’s a true partnership.”

About the LIGO Project

The Laser Interferometer Gravitational-Wave Observatory (LIGO) is designed to open the field of gravitational-wave astrophysics through the direct detection of gravitational waves predicted by Einstein’s General Theory of Relativity. LIGO consists of 2 widely separated gravitational wave detectors in the U.S.—one in Hanford, Washington and the other in Livingston, Louisiana. The LIGO team is an international consortium of leading technicians, engineers, scientists, and research institutions. The hope is that this first observation will spur the construction of a global network of detectors that enable widespread observation and interpretation of gravitational waves. It is the largest and most ambitious project ever funded by the National Science Foundation.

About the ORCA Cluster 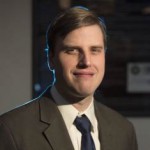 CSUF is a major regional university with a 236-acre campus that is about 25 miles from downtown Los Angeles. The institution has more than 37,000 students, approximately 1,800 faculty members and offers 107 degree programs in 8 colleges.

Nor-Tech built its reputation on the industry’s easiest-to-deploy cluster solutions and guaranteed no wait time support. In addition to HPC clusters, Nor-Tech’s custom technology includes workstations, desktops, and servers for a range of applications including CAE, CFD, and FEA. Clients include some of the most respected organizations in the world, such as CSUF. Nor-Tech engineers average 20+ years of experience and are responsible for significant high performance computing innovations. The company has been in business since 1998 and is headquartered in Burnsville, Minn. just outside of Minneapolis. To contact Nor-Tech call 952-808-1000/toll free: 877-808-1010 or visit https://www.nor-tech.com. Full release at: https://www.nor-tech.com/category/news/

ORCA simulation of the colliding black holes whose gravitational waves LIGO observed, showing what the 2 black holes would look like up close and in slow motion.

CSUF news and information, and videos of computer simulations from ORCA:
http://news.fullerton.edu/gravitational-waves

News from the Simulating eXtreme Spacetimes Collaboration about the LIGO discovery:
http://www.black-holes.org/GW150914/