Need high bandwidth and low latency? Consider servers and storage with RoCE (RDMA over converged ethernet) from Nor-Tech. The RoCE protocol allows lower latencies than its predecessor, the iWARP protocol. The lowest iWARP latency is 3 microseconds; RoCE has latency as low as 1.3 microseconds.

RoCE leverages RDMA (remote direct memory access), which is a network protocol with the capability of accelerating communications between applications hosted on server clusters and storage arrays. RoCE incorporates the IBTA RDMA semantics to allow devices to perform direct memory-to-memory transfers at the application level without involving the host CPU. This means both the transport processing and the memory translation and placement are performed by the hardware.

RoCE can leverage IP/Ethernet L3/L2 QoS (quality of service). Given some of the most prevalent use cases for RDMA technology, the use of QoS is especially relevant in a converged environment where RoCE traffic shares the underlying network with other TCP/UDP packets. In this regard, RoCE traffic is no different than other IP flows: QoS is achieved through proper configuration of relevant mechanisms in the fabric.

RCM (RoCE congestion management) relies on the mechanism defined in RFC3168 in the ECN protocol for the signaling of congestion, which is one of the only downsides to RoCE. While ECN marks packets that arrive to their destination, the congestion notification is sent back to the source using a CNP packet, which limits the rate of the packet injection for the relevant QP.

Nor-Tech’s engineering team excels at investigating and recommending only the best-fit technology, such as RoCE, for each application. Ask us about high performance storage and clusters that maximize the benefits of RoCE. call 952-808-1000/toll free: 877-808-1010 email: engineering@nor-tech.com or visit https://www.nor-tech.com.

Nor-Tech is on CRN’s list of the top 40 Data Center Infrastructure Providers along with IBM, Oracle, Dell, and Supermicro and is also a member of Hyperion Research’s prestigious HPC Technical Computing Advisory Panel. The company is a complete high performance computer solution provider for 2015 and 2017 Nobel Physics Award-contending/winning projects.  Nor-Tech engineers average 20+ years of experience. This strong industry reputation and deep partner relationships also enable the company to be a leading supplier of cost-effective Lenovo desktops, laptops, tablets and Chromebooks to schools and enterprises.  All of Nor-Tech’s high performance technology is developed by Nor-Tech in Minnesota and supported by Nor-Tech around the world. The company is headquartered in Burnsville, Minn. just outside of Minneapolis. Nor-Tech holds the following contracts: Minnesota State IT, GSA, University of Wisconsin System, and NASA SEWP V. To contact Nor-Tech call 952-808-1000/toll free: 877-808-1010 or visit https://www.nor-tech.com. 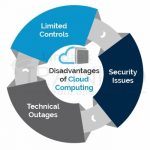