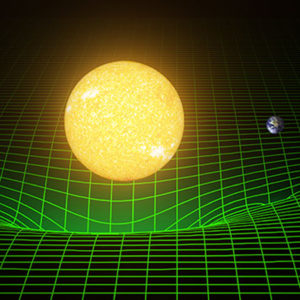 We continue to be one of the primary high performance technology suppliers for the Nobel Physics Prize winning LIGO Gravitational Wave Project. In fact, we just received another major order for high performance cluster updates from LIGO Consortium member The University of Wisconsin, Milwaukee (UWM). This is in addition to a related in-process project from another LIGO institution.
UWM just finalized the order with us for a turnkey HPC cluster solution with nearly 100 Intel dual-CPU Skylake compute nodes and nearly 2,500 compute cores. In all, the order includes new racks, clean cable management and extensive testing. We will also provide onsite assistance with un-boxing and racking.
After a 20-year search, the first gravitational wave observation was officially announced on Feb. 11, 2016 by the LIGO team. Gravitational waves were picked up by the two LIGO detectors at Livingston, La. and Hanford, Wash. The Nobel Prize was awarded a year later. This is the first physical evidence of a phenomenon Albert Einstein predicted in 1915 in his General Theory of Relativity. LIGO is also the largest and most ambitious project ever funded by the National Science Foundation.
The LIGO team is an international consortium of leading technicians, engineers, scientists, and research institutions. Nor-Tech has been working with several major LIGO consortium members for more than 11 years on the project by designing, building, and upgrading a number of the clusters that made the original detection and subsequent detections possible.
A major service we are providing to LIGO team members is the availability of Nor-Tech’s demo cluster—which enables no-risk testing of the latest high performance hardware and software, including Intel’s Skylake. The no-cost, no-strings demo cluster is available to all of our clients and prospects.
In addition to seven LIGO supercomputers around the world, we continue to build powerful, leading-edge HPC clusters for premier research institutions.