See how 300 TB of storage contributes to research into the mysteries of time and space.

In his General Theory of Relativity, Einstein suggested that massive objects, such as planets and stars, curve the geometry of space and time. The more massive the object, the greater the disturbance, and the result is what we refer to as a gravitational field. If an object’s gravitational field changes (i.e. a star goes supernova), then that change causes a wave that moves through time and space like ripples in a pond. It is these gravitational waves that scientists involved in the LIGO project are trying to measure.

It’s a weighty task requiring such extraordinary computational processing that Einstein@Home was developed. Basically, Einstein@Home enables private PC users to “donate” their computer’s downtime for data analysis. Each computer receives a complex wave, performs a bit of trigonometry and if the results meet a certain criteria, they are forwarded on to researchers for further analysis.

For scientists at a Midwestern university, with data coming in from over 120,000 computers worldwide, the amount of processing and storage required is staggering. The project relies on hardware able to support enormous volumes of ceaselessly expanding data. Specifically, they needed a storage cluster that could handle information coming from 1600 compute cores, as well as the LIGO laser interferometers in Livingston, LA and Hanford, WA, and connect to the existing network infrastructure of Beowulf-type machines.

Utilizing the Beowulf design for high performance parallel computing clusters, Nor-Tech developed and built a 300 Terabyte storage cluster to work with the University’s 780-node linux Beowulf cluster. The cluster contains 1600 computer core and boasts 300 usable Terabytes of SATA-II drive space attached to hardware RAID controllers. The system is networked via Force10 E1200 ethernet switches. All of the equipment is connected to a 500kVA/400 kW UPS system, including backup power with six minutes runtime at full load. System status and performance can be checked via the web using the robust Ganglia monitoring system.

Contact us today, and talk to one of our experts about how Nor-Tech can design, develop and implement custom solutions, tailored specifically to your unique challenges.
Email or call 952.808.1000 (toll free: 877.808.1010) and a Nor-Tech Representative will contact you shortly. 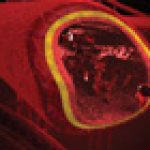