Nor-Tech really adds the value in value-added reseller. Unlike other vendors, they actually do provide good support.

–Sharon Brunett, in charge of procuring, running, and storage of the computers that handle gravitational wave detection for the LIGO project at Caltech.

In 2015, Caltech purchased high-density microblade servers. Sharon Brunett, a member of the Caltech LIGO team tasked with procuring, managing and supporting computers and storage for gravitational wave detection in the LIGO project, explained, “Disk drive reliability was impacting compute resource availability and zfs robustness. We decided to replace spinning rust HDDs with 1 TB SSDs.  After the SSD upgrade, we were happy to see higher availability on the computational resources and their associated zfs pools, along with reduced levels of hardware support”

Nor-Tech’s Senior HPC Account Executive Tom Morton has been working with Sharon and Caltech since 2014—when Nor-Tech was referred to Caltech by University of Wisconsin-Milwaukee.  “Sharon reached out most recently because she needed storage,” Tom said, “By the time she came to us she was sure of what she wanted. The larger issue was that Caltech had grant money that was going to expire in two weeks.”

There were other companies bidding on this; but it was about much more than price.  Caltech had faith in Nor-Tech’s ability to quickly source the 1,160 Seagate drives they needed, which can be very hard to come by in the quantity they were looking for.

“We went with the lowest responsible bid and I emphasize responsible,” Sharon said. “There was a trust factor with Nor-Tech. We have had good support and delivery experiences with them in the past. For this project, we had to bank on their ability to pull some strings to obtain and deliver limited stock items.”

Fortunately, Nor-Tech has enjoyed a long-term close working relationship with Seagate: Seagate provides Nor-Tech with their technology and Nor-Tech builds the clusters for all Seagate locations in the U.S. and around the world.

“While coming up with a price point that met their budget for the grant money was a challenge, this was about much more than Caltech finding a vendor with the lowest price,” Tom said. “Once they decided on Seagate, the second challenge was procuring the SSDs. It was Caltech’s confidence in our ability to source these that won the bid for us.”

In all, Caltech ordered 1,160 Seagate SSDs with a total of more than one petabyte of storage. The SSDs would be installed at three LIGO locations; Caltech (380), Hanford, Mass. (410) and Livingston, La. (370). This is a scale that most companies can’t handle, but it wasn’t an issue for Nor-Tech.

Nor-Tech was a critical channel partner for the SSDs—sourcing, consulting, and drop-shipping.

The delivery date deadline for Caltech to use the grant money was Sept. 30 and the SSDs were delivered in time.

Tom and others on the Nor-Tech staff were continually following through with the order and updating Caltech on the shipping date until they could confirm that all of the SSDs had been delivered.

“We’ve been happy with the customer service from both Nor-Tech and Seagate,” Sharon said. “

Tom is great and has a good team behind him with people like Dom Daninger (Vice President of Engineering) and Kyle Gross (Senior HPC Engineer). They all seemed to be very aware of the options and they had experience testing and using them. You can have a configuration discussion with them and be assured that you get a system that performs well and is not overkill or under-kill”

Sharon added that one of the systems at Livingston failed to power on. Even though it was under a manufacturer’s warranty, Nor-Tech took charge of the situation and handled everything.

“It was nice to talk to the person that actually did the burn-in test,” Sharon said. “It was a good feeling knowing that when we sent it to Nor-Tech, they would actually be sure it was working before they sent it back to us. Nor-Tech really adds the value in value-added reseller. Unlike other vendors, Nor-Tech actually does provide good support. The packing slip always matches the quote.

Nor-Tech, in turn, was pleased to have another opportunity to work with Caltech. “We really value their partnership,” Tom said. “Sharon has an impressive amount of HPC knowledge, knows what she wants and in the end, is always right. Our job is to make sure that Sharon and the rest of the Caltech team get exactly what they want when they want it.  There is a trust factor on both sides.”

About the LIGO Project

Advanced LIGO detectors began operating in 2015 and are supported by the National Science Foundation, with key contributions from the UK Science and Technology Facilities Council, the Max Planck Society of Germany, and the Australian Research Council. The detection of gravitational waves was first reported in 2016 by the LIGO Scientific Collaboration (LSC) and the Virgo Collaboration with the international participation of scientists from several universities and research institutions. More than 1,000 scientists involved in the project and the analysis of the data are organized by the LSC,

In 2017, the Nobel Prize in Physics was awarded to Rainer Weiss, Kip Thorne and Barry C. Barish “for decisive contributions to the LIGO detector and the observation of gravitational waves.” As of December 2018, LIGO has made 11 detections of gravitational waves, of which 10 are from binary black hole mergers. The other event was the first detection of a collision of two neutron stars.

Caltech is an independent, privately supported institution with a 124-acre campus located in Pasadena, Calif. It is a world-renowned science and engineering institute that marshals some of the world’s brightest minds and most innovative tools to address fundamental scientific questions and pressing societal challenges.

The Institute manages the Jet Propulsion Laboratory JPL for NASA, sending probes to explore the planets of our solar system and quantify changes on Earth. Caltech also owns and operates large-scale research facilities such as the Seismological Laboratory and a global network of astronomical observatories, including the Palomar and W. M. Keck Observatories. Caltech cofounded and co-manages LIGO.

Nor-Tech built its reputation on the industry’s easiest-to-deploy cluster solutions and guaranteed no wait time support.  Nor-Tech is on CRN’s list of the top 40 Data Center Infrastructure Providers along with IBM, Oracle, Dell, and Supermicro and is also a member of Hyperion Research’s prestigious HPC Technical Computing Advisory Panel. The company designed and built the HPC cluster that enabled the first detection of a gravitational wave—a discovery destined to change history.  In addition to HPC clusters, Nor-Tech’s custom technology includes workstations, desktops, and servers for a range of applications including CAE, CFD, and FEA. Clients include some of the most respected organizations in the world. Nor-Tech engineers average 20+ years of experience and are responsible for significant high performance computing innovations. The company has been in business since 1998 and is headquartered in Burnsville, Minn. just outside of Minneapolis. To contact Nor-Tech call 952-808-1000/toll free: 877-808-1010 or visit https://www.nor-tech.com. Full release at: https://www.nor-tech.com/category/news/ 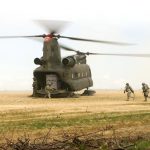 Seamless Transition from a Workstation to a Cluster – Case Studycase studies