The LIGO project actually started with Albert Einstein’s prediction of gravitational waves; fallout from astronomical events so impactful that they warp the fabric of space-time itself. It took a little over 100 years, but the LIGO team proved him correct.

Proving meant actually observing—a feat possible only with laser-equipped sensors and the most sophisticated computers integrated with the most powerful hardware and software. For the LIGO team, that meant only one cluster integrator (Nor-Tech) and only one storage provider (Seagate).

The original LIGO cluster, nicknamed ORCA, had more than 1500 terabytes of overall storage, including 30 terabytes of local storage and 576 compute cores capable of more than 7 trillion operations per second. ORCA worked stoically alongside LIGO researchers for years until…

At a national media conference on Feb. 11, 2016, National Science Foundation (NSF) officials announced the first direct measurement of gravitational waves. The announcement upended the scientific community, dominated international news, and led to a Nobel Prize in Physics for LIGO researchers.

Since then, the LIGO team has detected additional gravitational waves. About nine months ago, researchers were able to confirm the detection of a collision between a black hole and a neutron star. In fact, scientists detected not one but two such events occurring just 10 days apart. The extreme events created disturbances in space that sent gravitational waves rippling across at least 900 million lightyears to reach Earth. In both cases, the neutron star was likely lunch for its black hole nemesis.

Nor-Tech and Seagate have been busy too! Nor-Tech continues to develop new LIGO clusters and add nodes to existing LIGO clusters. Seagate has been a nonstop innovation machine.

One of Seagate’s most impressive technologies is the Exos® X20 drive with 20TB of storage. It has the highest rack-space efficiency and is available with Seagate Secure™ advanced data security.  Specs include:

Nor-Tech is on CRN’s list of the top 40 Data Center Infrastructure Providers along with IBM, Oracle, Dell, and Supermicro and is also a member of Hyperion Research’s prestigious HPC Technical Computing Advisory Panel. The company is a complete high performance computer solution provider for 2015 and 2017 Nobel Physics Award-contending/winning projects.  Nor-Tech engineers average 20+ years of experience. This strong industry reputation and deep partner relationships also enable the company to be a leading supplier of cost-effective Lenovo desktops, laptops, tablets and Chromebooks to schools and enterprises.  All of Nor-Tech’s high-performance technology is developed by Nor-Tech in Minnesota and supported by Nor-Tech around the world. The company is headquartered in Burnsville, Minn. just outside of Minneapolis. Nor-Tech holds the following contracts: Minnesota State IT, GSA, University of Wisconsin System, and NASA SEWP V. To contact Nor-Tech call 952-808-1000/toll free: 877-808-1010 or visit https://www.nor-tech.com. 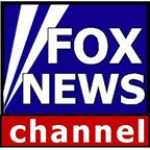