Through simulation, this Nor-Tech client’s research center tests products for properties like heat, vibration and reliability before they go to market.

The client purchased their first CPU HPC supercomputer from Nor-Tech in December of 2016 in order to bring a new technology to market.  In March 2018, they decided to add GPU processors. They were so happy with the improvement in speed that, a month later, they asked Nor-Tech to double the compute power with a second identical supercomputer that would accommodate rapidly increasing use.

The client set the upgrade and additional supercomputer order in motion. “The purpose of the clusters is to run simulation software, simulating the recording process,” the client said. “I asked for the new cluster because we wanted the usual code that we run on CPUs to process faster. We figured that if we added new GPUs we could accelerate it 70 times.”

Since there were no major problems with the first supercomputer, the client was confident working with Nor-Tech to expand and clone it

“It was a rush project,” Tom said.  “We had to work within a tight timeline.  They needed it about a month from the time they ordered it, which was a challenge due to the custom software installation and configuration.”  In the end, both clusters had 112 CPUs and 56 GPUs.

After the Installation, Tom followed up in person with the client to check-in and make sure everything was running smoothly. “It was successful due to the communication between both companies, from the proposal stage, to expediting the order and the follow-through,” Tom said.

The client agrees. “We haven’t had any hardware issues with either cluster, only software issues occasionally,” the client said, “Nor-Tech is very familiar with Linux has been very responsive.”

According to the client, both of the supercomputers did prove to be 70 times faster than the original.  “We are able to increase our speed of learning and running different experiments,” the client explained. “It has been a huge value for us. We are only working with Nor-Tech for HPC. I would recommend Nor-Tech; the hardware is cost-effective and affordable for us, everything has been delivered in a timely manner and support has been great.”

Tom summarized, “We value our relationship with this client and enjoy working with their entire technology team. We really like that we are just 12 miles away and are able to respond onsite in a matter of minutes.” 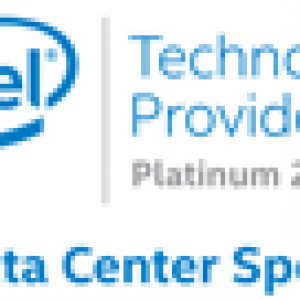