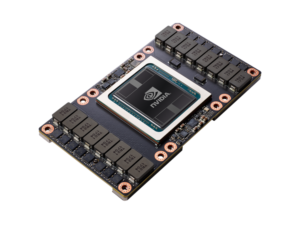 NVIDIA Tesla V100, powered by NVIDIA Volta™ architecture, is the world’s most advanced data center GPU ever built to accelerate AI, HPC, and graphics applications. NVIDIA Volta, Tesla V100 offers the performance of 100 CPUs in a single GPU—enabling data scientists, researchers, and engineers to tackle challenges that once were impossible.

The maximum efficiency mode allows data centers to achieve up to 40% higher compute capacity in each rack while maintaining the existing power budget. In this mode V100 runs at peak processing efficiency, providing up to 80% of the per-node deep learning performance at half the power consumption.