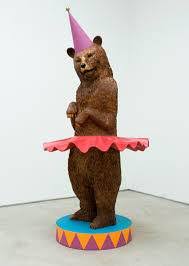 According to a recent NYT article by Nicole Perlroth, The Department of Homeland Security is warning Americans planning to attend the 2018 Winter Olympic Games in Pyeongchang that cybercriminals are likely to be targeting the event.
While cybersecurity experts believe the North Korean threat was lessened by the last-minute addition of a North Korean delegation to the Games, they have not ruled out that North Korea may be looking to embarrass its southern neighbor.
In addition to a slew of expected (some already realized) hacks on the part of North Korea, Russia’s Fancy Bear hackers began taking an active interest in the Olympics as soon as some Russian athletes were banned a few months ago.
Fancy Bear has been tied to the 2016 hack of the Democratic National Committee and has links to Russia’s main military intelligence unit.
More than 300 Olympics-related computer systems have already been hit, with many of them compromised, the security company McAfee said last month, in what its investigators described as a preliminary hacking campaign. With the games underway, the second stage of that attack appears to be underway as well, as assailants siphon data from victims’ machines back to their own computer systems.
Trend Micro, the Tokyo-based security company, said its researchers had also witnessed Fancy Bear attacks on the International Ice Hockey Federation, the International Ski Federation, the International Biathlon Union, and the International Bobsleigh and Skeleton Federation in the final months of 2017. The attacks occurred while an International Olympic Committee disciplinary panel was preparing bans for dozens of Russian athletes caught doping in the 2014 Winter Olympics in Sochi, Russia.
The full article is available here: https://www.nytimes.com/2018/02/08/technology/winter-olympics-hackers.html?rref=collection%2Fsectioncollection%2Ftechnology