We just added AMD EPYC to our free, no-strings demo supercomputer. AMD has a wait time of about six weeks for an EPYC demo, but you can be up and running in a couple of days on our demo cluster. It doesn’t matter whether or not you are a current Nor-Tech client. Everyone can take advantage of this offer to test-drive simulation applications on a cutting-edge Nor-Tech supercomputer, which is also integrated with Intel Xeon Skylake, Intel Omni-Path, and Mellanox InfiniBand installed and configured. Users can also integrate their existing platforms into the technology.
EPYC is a game-changer in terms of performance and price. The EPYC platform delivers four features that were lacking in the server market — flexible configurations, an open ecosystem, platforms optimized for today’s workflows and a lower total cost of ownership. Features and benefits include:
• Up to 32 high-performance Zen cores
• Single- and dual-socket support
• Eight DDR4 channels per CPU
• Up to 2TB RAM per CPU
• Infinity Fabric for both die-to-die and socket-to-socket interconnect
• 128 PCIe lanes
• Dedicated security subsystem, including Secure Memory Encryption (SME) specifically designed to protect virtual machines and containers from each other
• Integrated chipset
• Socket-compatible with next-gen EPYC processors

Since each EPYC processor can support up to 2TB of DDR4 RAM over eight channels, and has 128 PCIe lanes, the platform has over 2-1/2X the I/O density of the closest competing processors. EPYC is an excellent choice for CFD-applications in particular since it has more memory bandwidth than competing products. Sign up for a no-cost demo now: https://www.nor-tech.com/solutions/hpc/demo-cluster/. 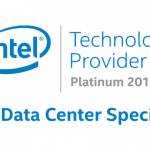 How About a Free Demo of Intel Omni-Path Now?blog